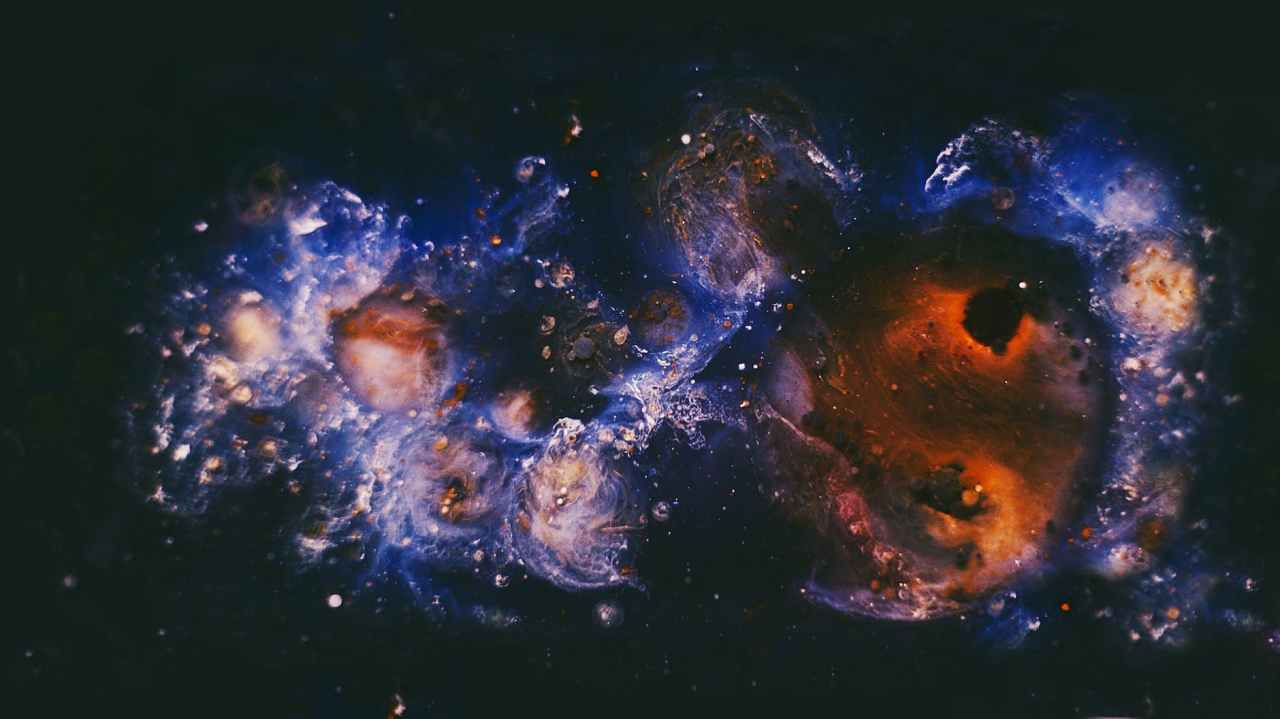 The utopian promise of AI and automation was to free humanity up for more enjoyable pursuits, such as hobbies, but it seems AI is coming for these more enjoyable pursuits first. We’ve seen an explosion in machine learning models focused on creative activities that we normally associate with humans, such as writing a story, creating a visual work of art, or creating music. So, how will humans find value when both work and leisure activities are gone? What will we do instead? It’s a journey we’ll all embark upon very soon.

You’d have to live under a rock if you hadn’t heard of terms such as DALL-E or stable diffusion. Even Meta has their own generative model called Make-a-scene. These models create artwork based on a text prompt. For example, I used stable diffusion to generate the image below with the prompt “an artistic rendering of a robot caught in a bad dream.”

Not the greatest prompt, but you see what the model created. With more time and tweaking, you can get very good results. AI models aren’t limited to generating images. Large language models (LLMs) have generative text capabilities, including the ability to write stories and movie scripts. An example of one of these models is GPT-3. There are also models generating music as well. That’s the three largest human artistic pursuits.

Sometimes the output from these models is rather comical or not good or not as good as a human, but it’s foolish to think it won’t get better.

It’s not hard to see where we’re headed. At some point, you’ll be able to specify by a text prompt for a video scene, and a model will generate a video of that scene for you.

This is legitimately cool technology. I’m not downplaying the technological aspects or accomplishments of the teams working on these projects. I’m pointing out there are some large unintended consequences for humanity that aren’t part of the discussion.

You might not think this is a big deal. Stick with me.

Let’s take a non-AI use case that had a large impact. What’s the real impact of everyone having a high-quality camera and a bunch of photo filters on their phone? Is it that you can take great pictures of your family? Or pets? Is it that camera companies have taken a sales hit? These may all be true, but not quite. The real impact is that people devalue the skills of photographers as well as the output.

People feel there’s a minimal difference between them and a professional photographer. Photographer and even working in photography used to be a legit career. A career that’s mostly been relegated to a hobby or side hustle.

We also devalue the output, the photo itself. I’ve heard people discussing photographers for their wedding say, “Can’t someone just snap a few photos on their phone for us?”

Technology made the quality of the capture better, but it didn’t make the photos better. The eye for a photo is something truly spectacular, but it’s a skill many people will never know. We are drowning in a world of high-quality and mediocre photos. There’s no friction, skill, or need to be selective.

I’m not saying I’d like to go back to a time before I could take a great picture with my phone. I wouldn’t. My point is that we devalue not only the skills of the people that technology replaces but also the output. But, it can get worse.

They Took Our Jobs, Second

For both jobs and hobbies, we don’t need Artificial General Intelligence (AGI). It can be done with the narrow AI we have today. So no human-level or superhuman intelligence is necessary.

The cost of failure for an artistic endeavor is much lower than for work activity. If a model generates a bad piece of art, you can just generate another one. If a self-driving semi-truck turns at full speed into a bus, that’s a different story. I still wouldn’t recommend truck driver as a career choice to any high school students, but it will be some time before we let trucks drive independently without human supervision.

I’m not being an alarmist, but I am raising the alarm. Artistic endeavors are uniquely human and the resulting art is just a small piece of the larger puzzle.

What we really have is a satisfaction mismatch. Creating a piece of art, both good and bad, brings a certain satisfaction. Prompting a machine to do something creative on your behalf isn’t satisfying, and the novelty wears off quickly.

The effort and friction involved in creating art is part of the process. You discover what works and what doesn’t, and you even develop a personal style. You learn from your failures. When you use a generative model, you’ve invested nothing into the process, and as a human living the human experience, you get nothing in return.

We should start thinking of these models as something David Krakauer would call Competitive Cognitive Artifacts. It’s not like these models make artists better. Not unless you want to consider humanity as nothing more than a cover band for AI. We’re mentally outsourcing this creativity to a model which doesn’t understand what it’s doing. It’s “seen” a bunch of things and does its best to produce what it’s asked for. The more things we outsource, the less capable we are as humans in the area being outsourced.

An area where this outsourcing is more obvious is in driving. There are some born today that will never have to manually drive a car. Imagine driving down the highway in bad weather, and suddenly, the car asks you to take over. How capable would you be of navigating this situation without manual driving skills?

The brain is an incredibly connected device, and we often find that performing an activity may have a direct effect on some other part of the brain. Even if this effect is just reducing stress. So, it’s important to ask, What are we really losing when we outsource creative activities?

Creative endeavors also have a recharging effect. I always feel far more effective and solve problems better after I’ve worked on something creative. I form new connections and think of solutions I wouldn’t have otherwise. You don’t get the same effect from saying, “Generate me a picture of a dog on the moon.” However, it seems there’s a market for putting in even less thought by outsourcing the prompts too.

Here’s the question and my biggest concern, will younger generations avoid these artistic endeavors altogether? Why pick up painting or a musical instrument if it’s going to take you a decade to master the skill? Humans are already losing art contests to algorithms. Children not picking up art is a shame because only a very small part of creating art is the output. I doubt any artist will want to reflect on their life and say, “I wrote the best prompts!”

It’s also possible but highly unlikely that the opposite happens, but I wouldn’t hold my breath. When you first take up art, you only think about the output. You want to write a song or paint a picture. Your goal is only the finish line. No child is insightful enough to foresee and understand the larger journey and act of self-discovery art provides or have some vision about how working on art will better other parts of their life. It takes a while to understand you are getting something far more valuable out of the process other than the output. Adults also tend to stumble into these insights.

Compounding the issue is the fact that we’ve completely lost our ability to delay gratification, directly impacting the investment of time in art. Why spend days or weeks working on a song or mixing paints and working on layers when you can just create a prompt and get something in seconds?

Where does humanity find meaningful value when both work and creative activities are outsourced to machines? This is something that’s often lost in the debate. It typically turns to responses like new jobs will emerge, or we’ll have a universal basic income, but it’s not often you hear about the topic of value. Value is a far more important topic.

I haven’t had many conversations on this topic because we are still pretty early, but I feel that people will tell us the metaverse will come to the rescue. Rather than writing music, you can pass your time viewing ads and playing games with bots and other humans. We’ll evolve!

You don’t really learn about yourself by playing video games, wandering a metaverse, or even spending more time on social media. These are activities where you spend time avoiding being yourself, not discovering who you are. These activities also don’t provide meaning and purpose. It’s a hollow and superficial sense of accomplishment when something arises. Not to mention, social and psychological evolution doesn’t happen at the pace of technological evolution.

Driving more people online will lead to greater divides with more manipulation and surveillance. What happens when you seek knowledge in a world where facts and reality are debatable, and history is rewritten? You won’t find the truth. You find whatever it is you’re looking for. We’re getting a taste of that today. No matter what you believe, you’ll find evidence of it and with barely any effort.

We’ll put more value into our beliefs and create new religions, even though we won’t refer to them as such. Religions provide a set of rules and structure and the promise of a future payoff. We’ll enjoy the status and recognition that being a good member of this new religion affords us.

We still have religions today, even though technology, science, and society have changed. Unfortunately, belief systems have proven robust against these changes. This is partly due to their intolerance of scrutiny and criticism. It’s this intolerance and lack of self-reflection that we carry with us into the digital domain.

What Can We Do

I have one suggestion to start with, keep school art programs.

I always get mad when people say, “Why do we teach art in school? It’s not like these kids will become Picasso or something.” Unfortunately, this sentiment isn’t uncommon, and many school art programs get cut. This isn’t the point of art programs. We shouldn’t replace art class with a programming class because it “seems” more practical.

One of the best things we can do is keep art classes and programs in school. It’s time set aside dedicated to art. Not playing with a phone or a video game. It’s an opportunity for kids to potentially stumble into some of the insights they wouldn’t discover otherwise. They can then use this insight in their programming class.

What would be great is if some of the tech companies creating technology solutions funded art programs in schools.

This isn’t a one-for-one trade, but it’s something. It’s a start.

Welcome to my site, a collection of thoughts on technology, social issues, and harm. Enjoy.